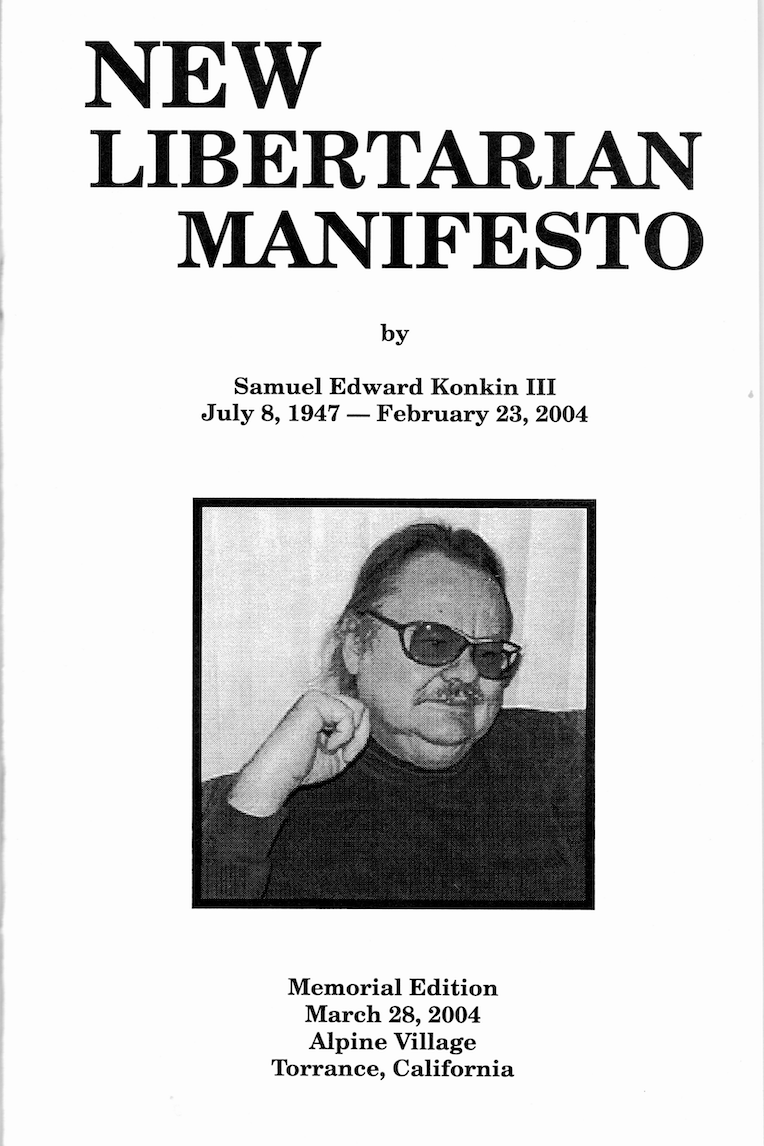 Samuel Edward Konkin III published the first edition of New Libertarian Manifesto in 1980 under the imprint Anarchosamisdat Press. This Third (Memorial) Edition of New Libertarian Manifesto was published in extremely limited number for the March 28, 2004 Memorial for Samuel Edward Konkin III at Alpine Village, Torrance, California. Only two copies of the Memorial Edition are available for collectors/completists. This may your only chance to acquire this rare item!

If you are a collector or a New Libertarian completist, you can’t afford to be without this edition honouring the life and work of SEK3!

“Konkin’s writings are to be welcomed… because he can read and write, qualities which seem to be going out of style in the libertarian movement.”

“I read everything I could to deepen my understanding of economics and liberty, but it was all intellectual, there was no call to action except to tell the people around me what I had learned and hopefully get them to see the light. That was until I read [J. Neil Schulman’s] Alongside Night and the works of Samuel Edward Konkin III. At last, the missing puzzle piece! All of the sudden it was so clear: every action you take outside the scope of government control strengthens the market and weakens the state.”