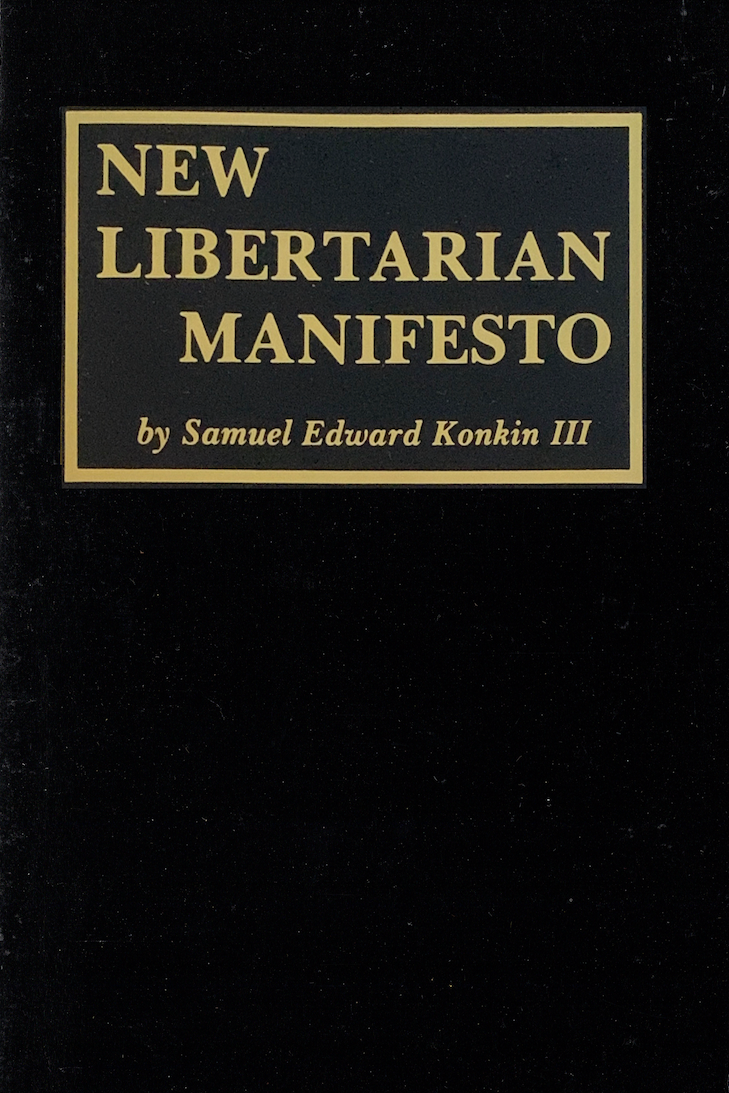 Samuel Edward Konkin III published the first edition of New Libertarian Manifesto in 1980 under the imprint Anarchosamisdat Press. It was reprinted by Koman Publishing (precursor to KoPubCo) in 1983, which is the out-of-print edition available here. There are only a few copies left of this quality edition, with its glossy black cover and gold-thermofoiled title.

If you are a collector or a New Libertarian completist, you can’t afford to be without this historic second edition, which marked the first book issued by the venerable publishing company!

“Konkin’s writings are to be welcomed… because he can read and write, qualities which seem to be going out of style in the libertarian movement.”

“I read everything I could to deepen my understanding of economics and liberty, but it was all intellectual, there was no call to action except to tell the people around me what I had learned and hopefully get them to see the light. That was until I read [J. Neil Schulman’s] Alongside Night and the works of Samuel Edward Konkin III. At last, the missing puzzle piece! All of the sudden it was so clear: every action you take outside the scope of government control strengthens the market and weakens the state.”