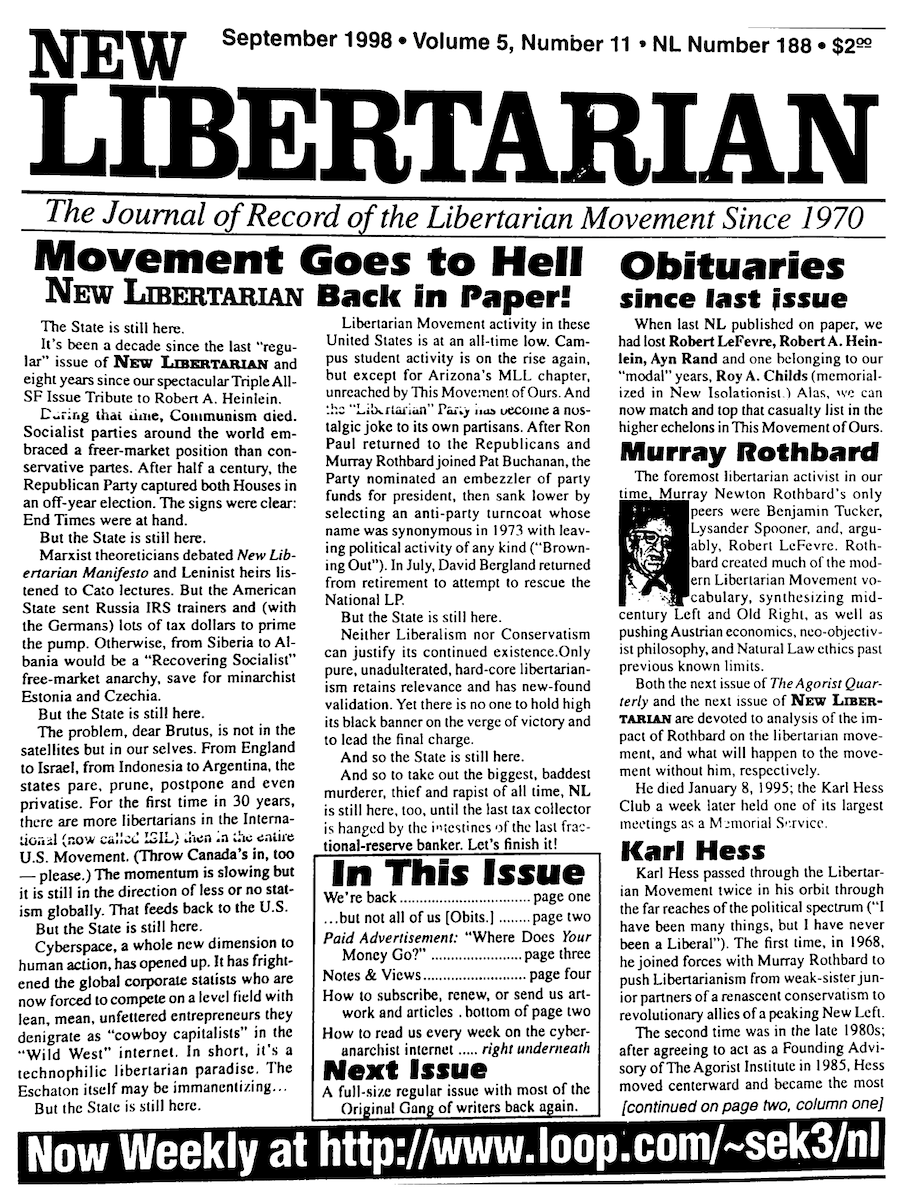 View Previous Issue
No Next Issue! Thanks for 36 Years!
Return to New Libertarian Index

This issue of New Libertarian was the last known printed issue of NL. The Robert Heinlein Memorial Issue constituted New Libertarian Volume IV, No. 20 as well as Volume V, No. 9/10, hence this is Volume V, No. 11. KoPubCo has no evidence that New Libertarian: The Newsletter issues 6, 7, or 8 were ever published, but we are searching for them amid The Agorist Archives. Any assistance in providing us copies of these issues, if they exist, will be greatly appreciated!

Samuel Edward Konkin III, publisher for nearly three decades, saw the digital writing on the wall and would concentrate on developing an online presence for NL, building a portal at loop.com/~sek3/nl and then later at newlibertarian.com. According to archive.org and The Internet Wayback Machine, sometime between the last successful crawl on 1999-04-29 and the next crawl on 1999-10-08, the loop.com account URL went dead. On 1999-11-28, the IWM first crawled newlibertarian.com and archived a page reading “The New Libertarian will be up soon... ...but is now under construction”. The first crawl actually to find The New Libertarian Portal was on 2000-03-02. SEK3 died fewer than 4 years later, on 2004-02-23, and the Portal subsequently went dark sometime before 2006-11-01, reverting to a domain-name parking space. His papers, letters, manuscripts, and audio- & video-tapes are being preserved, digitized, and posted online by The Agorist Archives of Samuel Edward Konkin III.